I saw him immediately as I walked into the post office. He looked in his early seventies with broad shoulders and sad eyes. He captured my attention right when I walked through the door, at first I didn’t know why.

I put my envelope in the outgoing box and then headed for the door where I saw him again with several packages and a cane, struggling to get through the door.

“Let me get that for you.” I grabbed the door, stepped outside, faced him and made room for him to carry on his way.

He looked up at me, ashamed. Not a look I expected or hoped to see in this old man’s eyes.

“I’m sorry,” was all I could muster, quietly and in shock. He hobbled past me with his boxes and cane.

“It ruined my retirement,” he moaned as he passed. “I had all these plans and now I just hobble around like a lame duck.”

Tears filled my eyes as I took in what he said. I was still holding the door as I watched the back of him get farther and farther away. I spent thirty seconds with this man and in that time he spilled his heart and told me so much of his story.

I hurt for him. Not so much about what happened on his fateful day that many years ago, but because he never found a way past it. Here he was six years later and he was still ashamed, bitter, and hurting. Peace has yet to reach this man and for that I felt a deep sorrow.

We never know what turn the road will take for us. The plans we have now don’t always turn out and often change without our permission. He had plans that his current physical body trapped him from. Similar to the people who went to watch the Boston Marathon and lost a limb. Or the many tragic and unexpected accidents that shape and shift our lives forever.

Coping can be a gift of grace we have to work for. The hurt and change doesn’t just appear without effort. We have to fight for the redemption and pray for the restoration. But if we live our lives wishing things were different and falling pray to the full course of tragedy, then we are destined to live our final days in darkness. There is never enough time to stay in the dark, I’d much rather enjoy the wonders of my loved ones and this earth — and learn again to take in the amazing honor of just breathing.

I will never forget the man I met today. He will weigh on my heart for a while.

He looked up and me, ashamed. Not a look I expected or hoped to see in this old man's eyes. 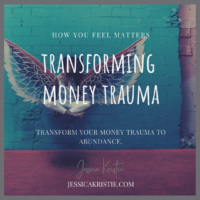 The stories we tell ourselves can be disempowering and be …

Comparison steals joy and consumes our voice of tr